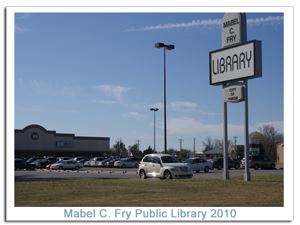 As long ago as 1905, Yukon's citizens wanted to have some form of a public library. Twelve ladies known as the Franklin Reading Circle each purchased two books and began to circulate them to interested readers. Soon after, the group expanded into an incorporated club they named the Ladies Library Club. The women worked diligently to financially support the library until 1979 when they realized their dream had exceeded their capabilities. At that time, negotiations began for the City of Yukon to assume the management of the establishment.

On a cold November day in 1980, Yukon's library moved via a human chain from a quaint red brick building on Elm Street we know today as the Friends of the Library building to the 5th and Main Street location. Miss Mabel C. Fry, a longtime librarian, was honored with the facility then being named for her in honor of the years of unselfish service she gave to the community.

At the time the library became entrusted to the City for management, standards were upgraded to meet the requirements set forth by the Oklahoma Department of Libraries and State funding began to supplement the City's support. Of course, continued interest and donations by the club and other interested citizens assisted the library in meeting its needs. 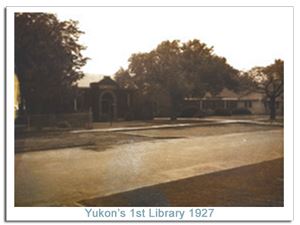 Through the years the local library has continued to grow. A Friends of the Library group was formed to lend support, the circulation and catalog system became automated, additional staff was hired so services could be enhanced and a technology grant made possible the addition of several online and CD-ROM reference offerings. With all this growth, the library was moved in 1997 to its present location at 1200 Lakeshore Drive. We celebrate the advancement! The library will continue striving to meet Miss Fry's goals, the constantly increasing demands of society, and the needs of the local community.